Here’s a new one for you, enchilada cupcakes!  I’ve seen quite a few recipes using wonton wrappers and decided to give them a try.  We were in the mood for enchilada casserole and then I had the thought to stuff some wonton wrappers with enchilada ingredients.  To our surprise, they turned out!

The “cupcakes” were relatively easy to put together, and we should’ve known, anything cheesy is definitely going to be yummy.  Nate ate his with a fork and knife (with manners), and I just picked mine up with my fingers and ate it like a cupcake.  These would be great for party appetizers.  And if you are in a pinch and ALL of your kitchen utensils are in the dishwasher, just whip these suckers up!  I’m not one to judge about eating with your fingers. 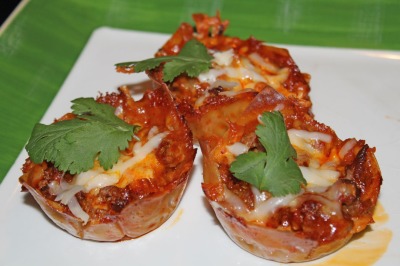 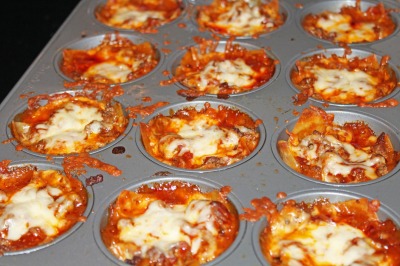 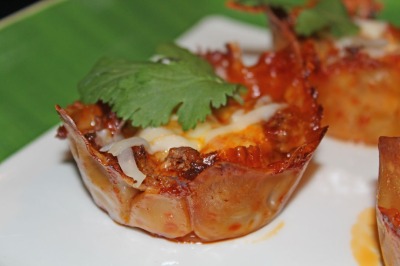 Brown the ground beef with salt and pepper.  Make sure to drain any extra grease before using.

Press 1 wonton wrapper to the bottom of each muffin tin.

Let sit for 5 minutes, then run a knife around the edges.  Use a knife or a fork to remove the cupcakes from the muffin tin.

Top with sour cream, salsa, cilantro, any of your favorite toppings.

Yogurt Mixture:
Just mix 1 cup of plain (low fat) yogurt, green onions, cilantro, lime juice, salt and pepper.  This is a GREAT alternative to sour cream.  And even when using sour cream, I like to mix the cilantro right into it.

*You could use any ground meat for this recipe.  Or even shredded! 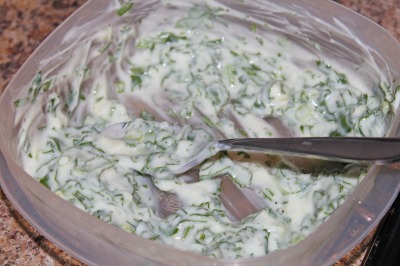 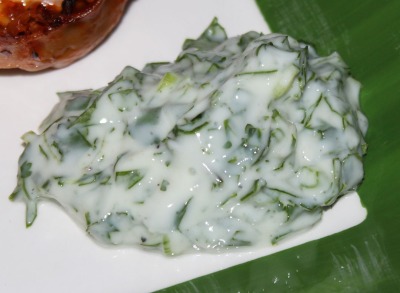